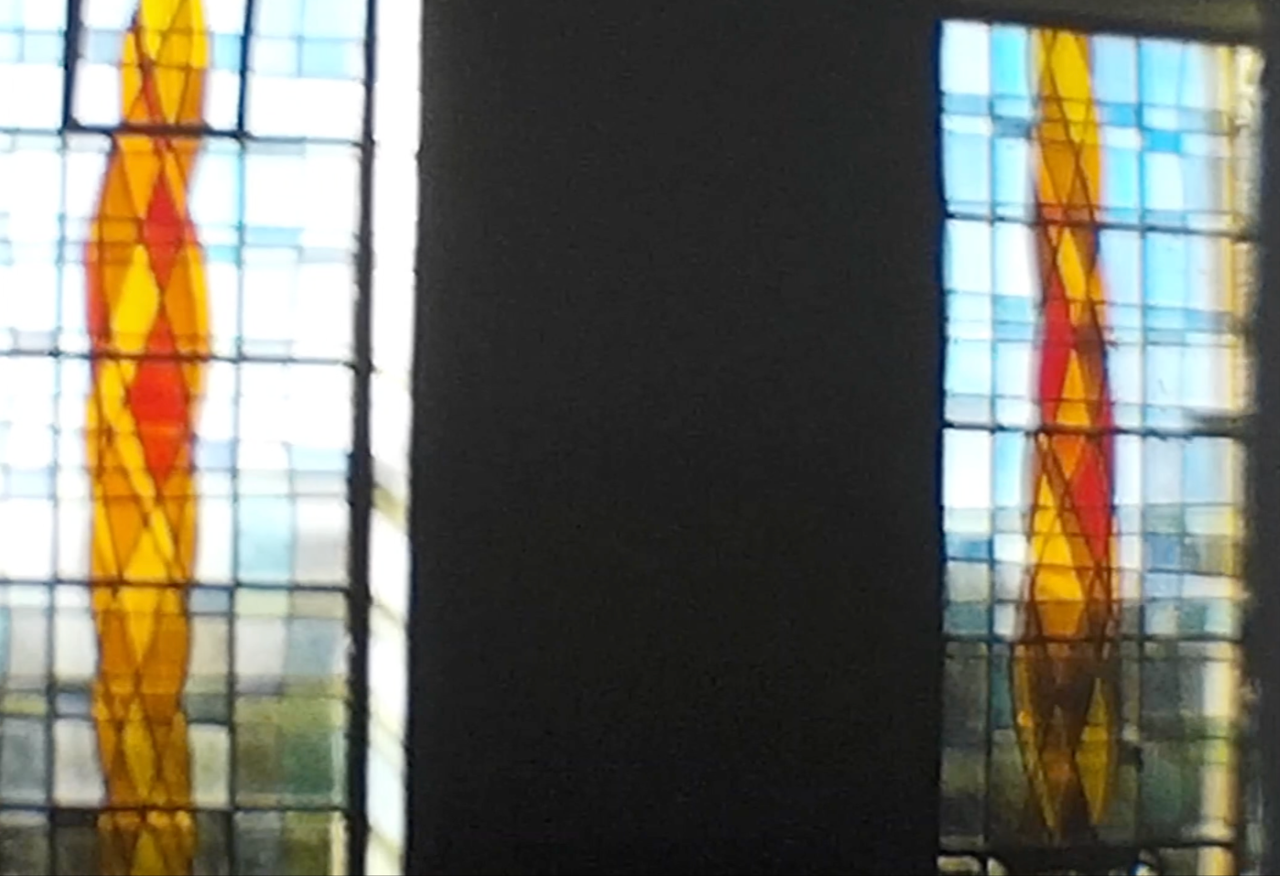 When compiling the recently published revised and expanded edition of the Gazetteer of Irish Stained Glass the eight contributors and I, the editor, relied mainly on lists of windows compiled by individual artists and studios. One of the artists whose work we included was the distinguished stained glass arti

Murphy’s daughter, Reiltín Murphy, one of the contributors to the Gazetteer, had painstakingly assem

bled over many years what she felt was a complete list of all the studio’s principal commissions.

Murphy, often collaborating with his talented wife, Róisín Dowd Murphy, created not only beautiful individual windows but specialised in stunning schemes of windows which would fill and transform new-build churches and chapels. He could move with ease between figurative, symbolic and abstract styles. Windows by Johnny Murphy can be found throughout Ireland and also as far away as Pakistan, the Philippines and Nigeria. 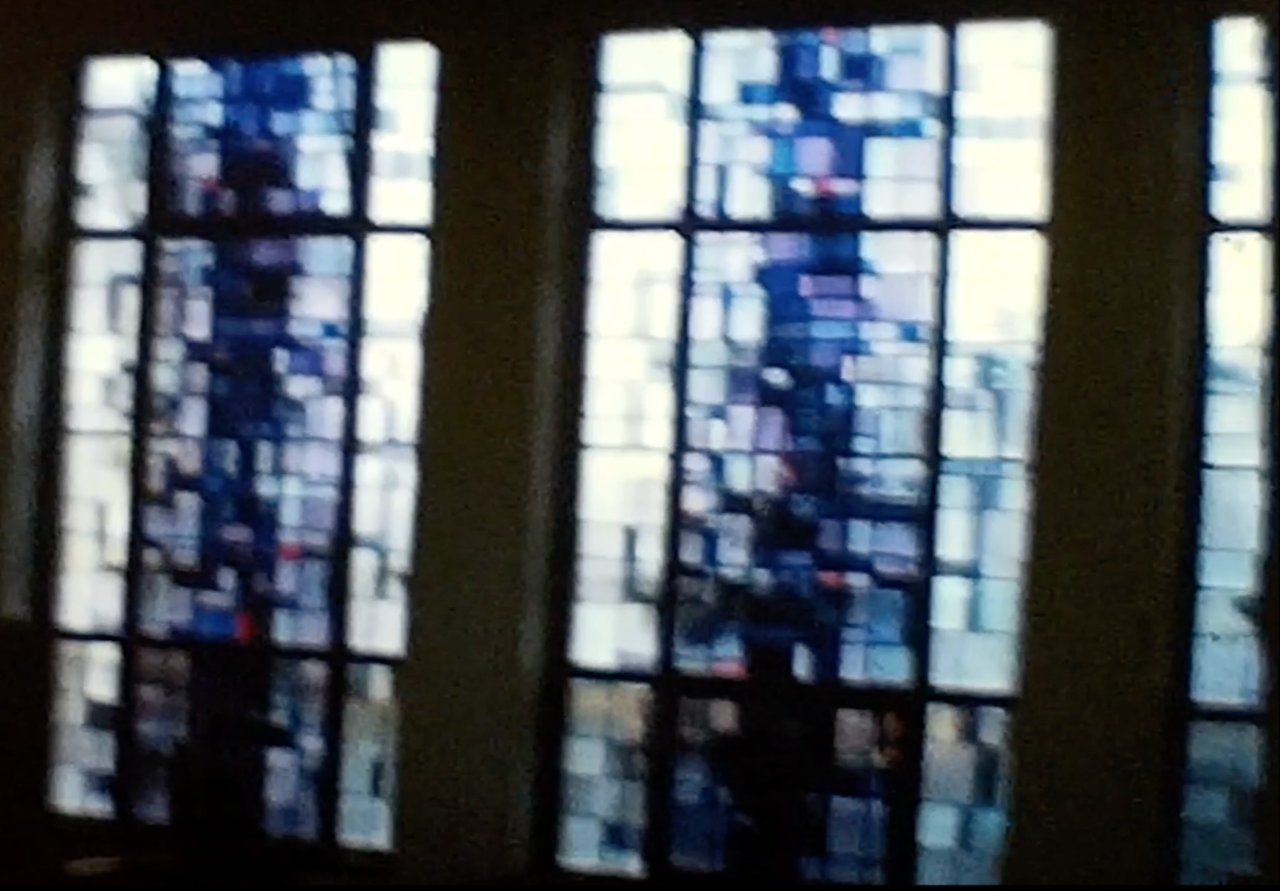 Subsequent to the Gazetteer being published this summer, Reiltín’s sister discovered a dusty roll of Super 8 home movie film which had been shot by their father in the 1960s (or possibly early 1970s), and which she subsequently had digitised. Although both sisters appear in the film fleetingly, the main content of the roll of film transpired to feature various stained glass jobs that Johnny Murphy had recently completed. Reitlín was immediately able to identify virtually all the locations. This short article features some screenshots taken from the home movie and we are hoping that some of Interco

m’s readers may be able to assist us in identifying the mystery location which we know is either a convent chapel or a girls’ school chapel.

In the ‘mystery’ chapel we can see from the home movie that there are three different window designs as follows: (1) pale coloured windows which are dominated by a large Cross motif in shades of blue glass with either a rose or flowers in the centre of the Cross; (2) windows which are of pale coloured glass and feature a vertical, abstract ‘flame’ motif in tones of bright orange in the centre; (3) windows which are entirely abstract and are made of small, mainly rectangular, pieces of glass in many shades of blue and mauve.

Any assistance would be greatly appreciated and can be sent to me, David Caron, at tdvdcrn@gmail.com I can also supply a digitised copy of the home movie if anyone feels this could help them identify the location. 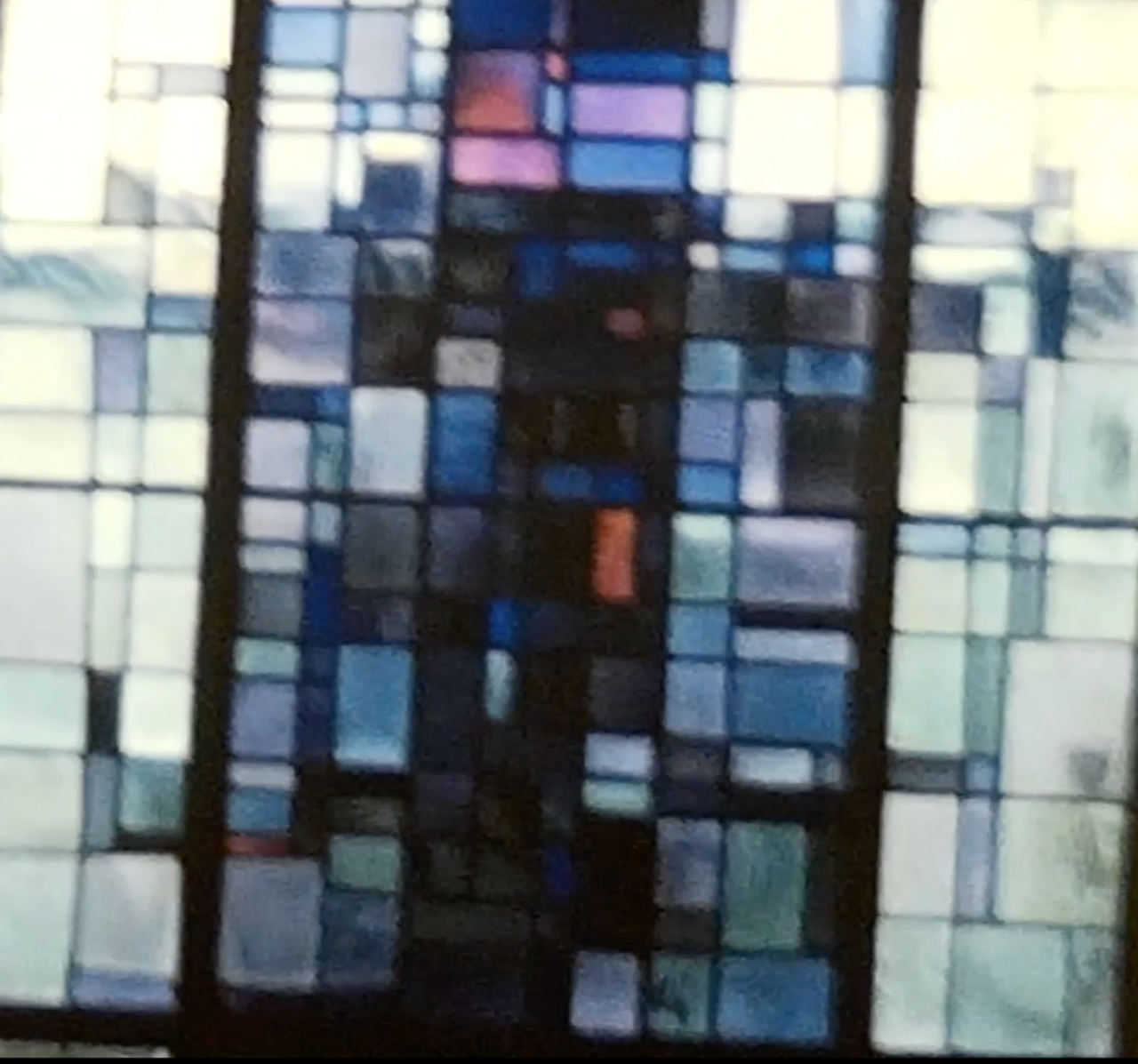 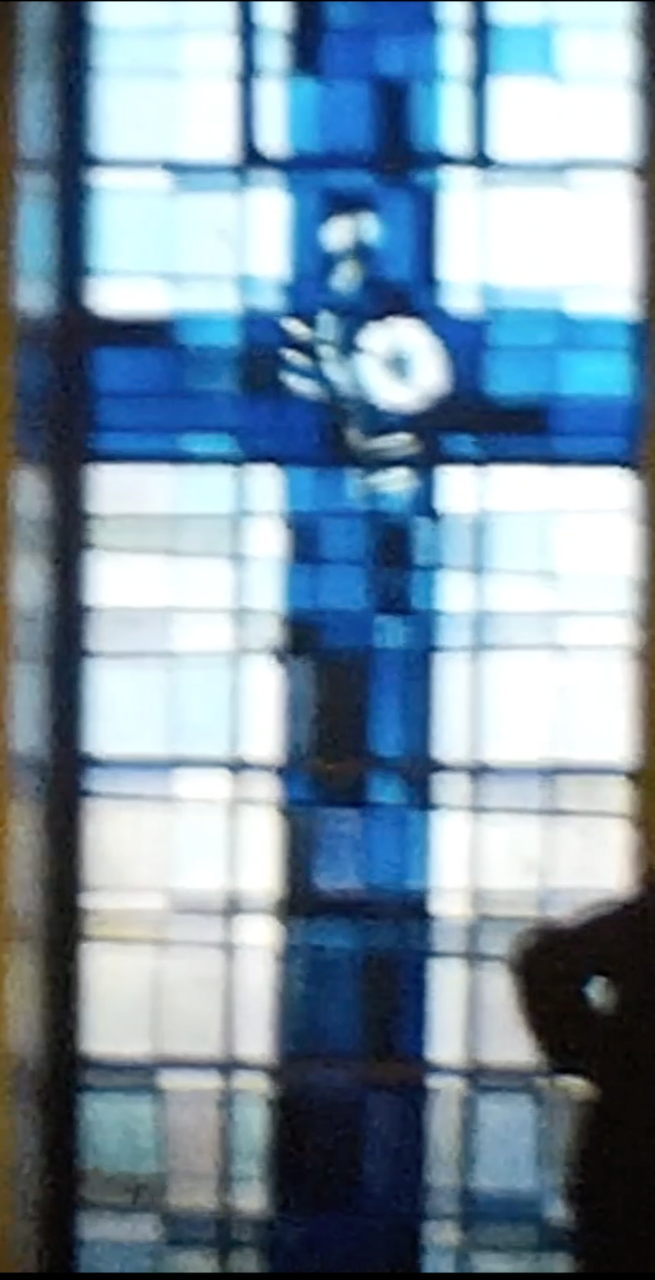 Dr David Caron is the editor of the second edition of the Gazetteer of Irish Stained Glass which was published by the Irish Academic Press this summer. He was one of the three compilers of the original edition in 1988.