Sitting Where They Sit: The Irish Chaplaincy at 60

This year the Irish Chaplaincy in Britain celebrates its 60th birthday. Set up by the Irish bishops as the Irish Emigrant Chaplaincy in a very different social, political and cultural climate, it continues today to provide an outreach service to some of the most vulnerable Irish people in Britain.

Since 1957, successive teams of priests, religious and lay people have worked tirelessly to fulfil the challenge of the Gospel by walking alongside and being a voice for the thousands of Irish emigrants who flocked in large numbers to this country in search of a better life. The story of their labours and the problems and prejudices they experienced are well documented in Patricia Kennedy’s book, Welcoming the Stranger: Irish Migrant Welfare in Britain since 1957 (Irish Academic Press, 2015).

When I joined the Chaplaincy team in the early 1990s, there were about ten diocesan priests helping with housing, jobs, and welfare issues in Camden, Hammersmith, Lewisham and other parts of London. Since then the map has changed in tandem with demographics and other issues affecting Irish people. Today, the Chaplaincy provides an outreach service to three main groups: prisoners, Travellers and elderly Irish people.

From time to time we are asked why we work with these groups when there are so many secular agencies available. The question inevitably leads to others about the nature of the service we provide and what makes it different from that of other agencies engaged in similar work. Such questioning can prompt reflection on the motivation and spiritual roots for our work. One place where an answer can be found is in the Book of the Prophet Ezekiel. 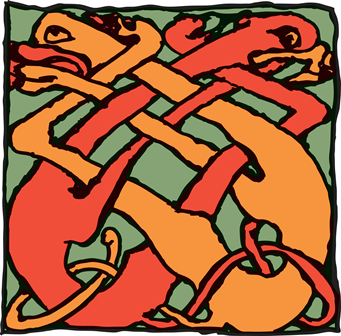 In Ezekiel 3:15, the prophet says: ‘I sat where they sat.’ This refers to the Babylonian exile experienced by the Chosen People during one of the most traumatic episodes of their history. The prophet believed that the best way he could help people was by being with them and sharing their sense of desolation. In many ways this is an accurate description of our outreach work in the Chaplaincy serving the needs of three of the most vulnerable groups in our Irish community. Sitting where they sit – that’s what the Irish Chaplaincy has been doing for sixty years.

Visiting someone in prison, apart from being one of the few things that Jesus said leads to salvation, is good in itself. Just being there for someone, offering them some practical help, a word of hope and encouragement, can make such a difference to the prisoner. Similarly, with older people, especially those living alone in squalid conditions, bereft of family and social support, leading hidden lives of quiet desperation; what a difference it can be for them just to know that there are people who value them and are there to help them. And Travellers, a much-maligned and misunderstood group, whose culture and way of life need to be understood and valued. Sitting where they sit is about exercising compassion and mercy.

Perhaps the most important miracles Jesus worked were not restoring sight, healing the lame, even raising the dead, but the unrecorded words of encouragement and hope he must have spoken to those he met.

I think this is ultimately what we are called to do in life: to help others on their journey to find their rightful place in life’s rich tapestry. There can surely be no greater calling. It’s what Dorothy Day referred to as the Call of Service, a call towards others – heart, mind and soul. As always, it takes a poet to express it best.
And so I always bear the cup
If, haply, mine may be the drop
Some pilgrim thirst to slake.
(Emily Dickinson, 1830-1886)

A fitting description of the work of those Chaplaincy members who have worked – and continue to work – on behalf of the most vulnerable Irish people in Britain.

Fr Gerry McFlynn,
Priest of the Down & Connor Diocese,
Project Manager of the Irish Council for Prisoners Overseas (ICPO)