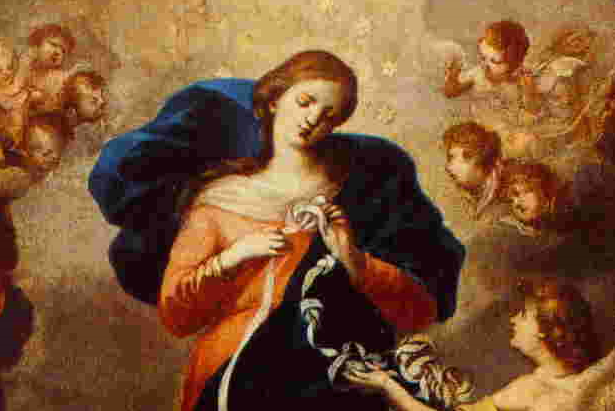 “Maria hat geholfen… Mary helped.” From our June issue, Salvador Ryan, Professor of Ecclesiastical History, writes on Mary, the Untier of Knots, and the enduring devotion to Our Lady as a problem solver.

Click here to download or print a pdf of this article, or read the full article below.

There’s something about Mary: Our Lady as a Problem Solver

Shortly after the election of Cardinal Jorge Bergoglio as Pope Francis, a little-known devotion to Our Lady attracted worldwide publicity: Mary as Undoer of Knots. The devotion, a favourite of the Pope, can be traced to a Baroque painting of the Virgin attributed to Johann Georg Melchior Schmidtner  (1625-1707) and found in the St Peter am Perlach Church in Augsburg, Bavaria, in which Mary is depicted as untying a long, knotted rope which she holds in her hands. While Bergoglio was studying in Germany, he was very struck by the image and brought a postcard of the painting home to Argentina where he subsequently enthusiastically promoted the devotion, crediting it with helping him through a personal crisis in his own life. 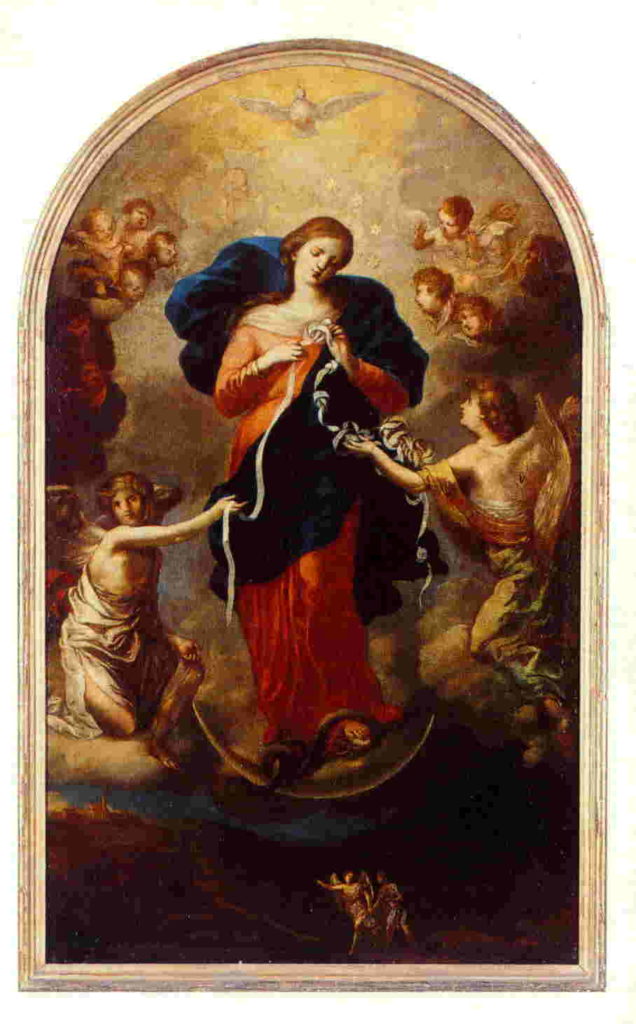 The idea of the Virgin Mary as an undoer or untier of particularly knotty problems has been a constant in Catholic devotion since the Middle Ages and, in part, accounts for the enthusiasm with which devotees have presented their difficulties before her ever since. Even the most cursory of surveys of medieval tales of Mary’s intercession demonstrates her wide reputation of having a soft spot for all sorts of rogues and scoundrels; in fact, it often seems that the more outlandish the behaviour of her ‘clients’, the more ardently she was perceived as rushing in to tackle the presenting problem. In this regard, she was widely considered something of a heavenly ‘fixer’ of the most intractable of earthly quandaries. Moreover, the tales recounted by medieval preachers constantly emphasise that devotion to the Virgin Mary was a low investment / high return enterprise: it was a common theme in such stories for otherwise dissolute individuals to be spared the loss of their souls on account of their having shown the slightest devotion to Mary, such as, for example, reciting the Hail Mary once a day. Medieval preachers liked to emphasise that, even at the Last Judgment, Mary could be depended on to intervene on behalf of her devotees, even to the point of subverting the course of divine justice. Imaginative depictions of this included the frequent portrayal of a sinner’s good deeds and bad deeds weighed on a balance on the Last Day, the latter heavily outweighing the former until the Virgin surreptitiously tips the scales in the sinner’s favour, sometimes by adding the weight of a rosary beads to his pan of good deeds.

Some medieval tales of the Virgin’s intercession depict her as going beyond the call of duty. One memorable example relates how a nun, whose job it was to sweep the convent every day, got tired of her work and decided to escape the enclosure and have an affair, and, indeed, saw her plan through. However, owing to the sister’s lively Marian devotion, Mary intervened on her behalf, appearing every day for several weeks in the guise of the absconded nun, and diligently performing her sweeping of the convent so as not to arouse the suspicions of the others. The story relates how she continued this until the nun, inevitably, saw the error of her ways and climbed back in over the convent wall. Strange as such tales may appear to modern ears, they highlight the fact that Mary was widely regarded as a hugely sympathetic figure who had an abiding interest in firefighting the indiscretions of the remainder of humanity who had not been conceived without sin!

Furthermore, in cases where medieval Christians thought that Mary’s merciful approach was in danger of being thwarted by Christ’s justice, they were not averse to using Scripture against the Lord himself. And so one often finds an argument being made that even Christ must abide by the fourth commandment and obey his mother! One medieval Irish bardic poet, while reflecting on Judgment Day, once remarked: ‘A child must obey his mother … I do not take rejection from a mere child (Christ)’. Such devotional attitudes unsurprisingly attracted much criticism during the Reformation period.

Although modern Christians may like to distance themselves from the devotional mind-sets found in such tales, or even to recall them with some embarrassment, there is little evidence of the Virgin Mary cutting back on her propensity for getting stuck into human affairs, however messy; certainly if one takes the temperature of popular piety which continues to perceive her as interventionist. The enduring popularity in Ireland of novenas to Our Lady of Perpetual Help is a case in point. To this day, one of the most moving elements of these events is when the presiding priest reads out a selection of petitions placed before the image of the Virgin. All human life is here: 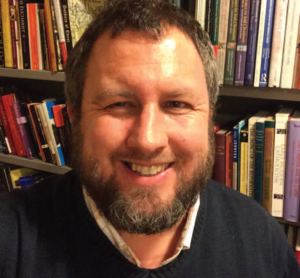 Salvador Ryan is Professor of Ecclesiastical
History at St Patrick’s College, Maynooth. He is
editor (with Henning Laugerud and Laura
Katrine Skinnebach) of The Materiality of
Devotion in Late Medieval Northern Europe
(Dublin: Four Courts, 2016)..

estranged relationships; the newly-married husband or wife who has just received news of cancer; the terminally-ill child; the couple who have both lost their jobs and cannot think how they will continue to support their children; the dark labyrinths of addiction into which both addicts and family members are sucked. There’s hardly a breath drawn in the church as these petitions are read out; there is a connection to something real here: the lives and loves of a congregation have been stuffed into that petition box before the Virgin’s shrine. What happens in church and what happens in life intersects. Moreover, the language of these petitions is not the flowery language of formally-composed prayers; instead, it’s heart-language, reaching out to a ‘fixer’ of problems, an undoer of knots.

Perhaps the most moving experience I have had in many years was a visit I made in 2009 to the Marian shrine of Altötting in Bavaria. The small chapel that houses the Black Madonna is covered from top to bottom, both inside and out, with hundreds and hundreds of small paintings, ex votos, left by pilgrims to the shrine. Each of these depicts a different scene of whatever distress the pilgrims found themselves in at the time; each carries a date, and each carries the same refrain ‘Maria hat geholfen’ (‘Mary helped’) – the earliest of these simple paintings goes back to the late 1600s. They depict times of war, sickness and famine. Among the most poignant were those depicting bomber planes during the years of the Second World War, bombs dropped indiscriminately on town streets, fires blazing and bodies scattered. ‘For the time when the houses in our street were all destroyed and ours was saved … Maria hat geholfen’; ‘for my son who was spared during the 1914–18 war … Maria hat geholfen’. There are also some more humorous depictions – one from the 1950s shows a Bavarian farmer lying under a small red tractor in a field with a caption which, more or less, ran: ‘For the day my little red tractor turned over on top of me … Maria hat geholfen!’ Here was a living litany of praise, far more impressive than any formally composed litany could offer, the refrain echoing down the centuries the deep faith of Bavarian pilgrims … ‘Maria hat geholfen … Maria hat geholfen’. The paintings continue to appear on the outer walls of the little church. In late 2009 ‘Maria hat geholfen’ was still felt as deeply as ever.