In our latest issue of Intercom we celebrate the Mission Month of October. Fr Maurice Hogan SSC, National Director of World Missions Ireland wrote to us on the Origins and Meaning of World Mission Sunday.

Until relatively recent times, the proclamation of the Gospel to non-Christians was regarded as the exclusive work of missionary societies and religious congregations. Diocesan clergy concentrated on pastoral work and missionary activity remained on the fringes of their concerns. Awareness of and responsibility for the Church’s universal mission was reawakened and promoted by Vatican Council II, but evangelisation had already found a new dynamism in post-revolutionary France in the 19th and early 20th centuries. Charismatic in origin, it was recognised subsequently as “pontifical” by papal decree. It comprises four complementary branches and is collectively known as the Pontifical Mission Societies (PMS): 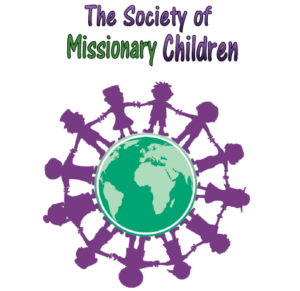 The PMS in Ireland at present operates under the brand name World Missions Ireland. Its universal solidarity fund consists of monetary offerings given by the faithful on World Mission Sunday. Criteria for financing projects have been established to guarantee a fair distribution of funds, according to the needs of each mission diocese.  It must never be forgotten, however, that the first and primary contribution that each one of us is called to offer to the missionary work of the Church is prayer: “The harvest is rich but the labourers are few, so ask the Lord of the harvest to send labourers to his harvest” (Lk 10:2).

The Mission Month of October, with its high point in the celebration of World Mission Sunday (22 October), offers diocesan and parish communities an opportunity to renew their commitment to proclaim the Gospel and give pastoral activities a greater missionary perspective. One of the objectives of World Mission Sunday is to solicit aid to carry out the tasks of evangelisation in mission territories. This aid supports institutions necessary for establishing and consolidating the Church through seminaries, priests, religious, catechists and for improving the standard of living, human advancement, justice and liberation from every kind of oppression.

By means of our contribution, we are cooperating in the implementation of God’s saving plan for all humanity. The missionary mandate, however, cannot be fulfilled without a profound personal, community and pastoral conversion: “An authentically eucharistic Church is a missionary Church” (SC 84) that prays and offers fraternal and concrete help to support the young churches in mission lands. The Church’s mission is to spread hope among all peoples, for at stake is the eternal salvation of all.

There is a call today for a re-launch and appreciation of mission at parish, diocesan, national and international levels with the publication of Pope Francis’ Apostolic Exhortation, Evangelii Gaudium (2015). He reminds all of us of our missionary responsibility as People of God and invites us to participate in the evangelisation of the world.